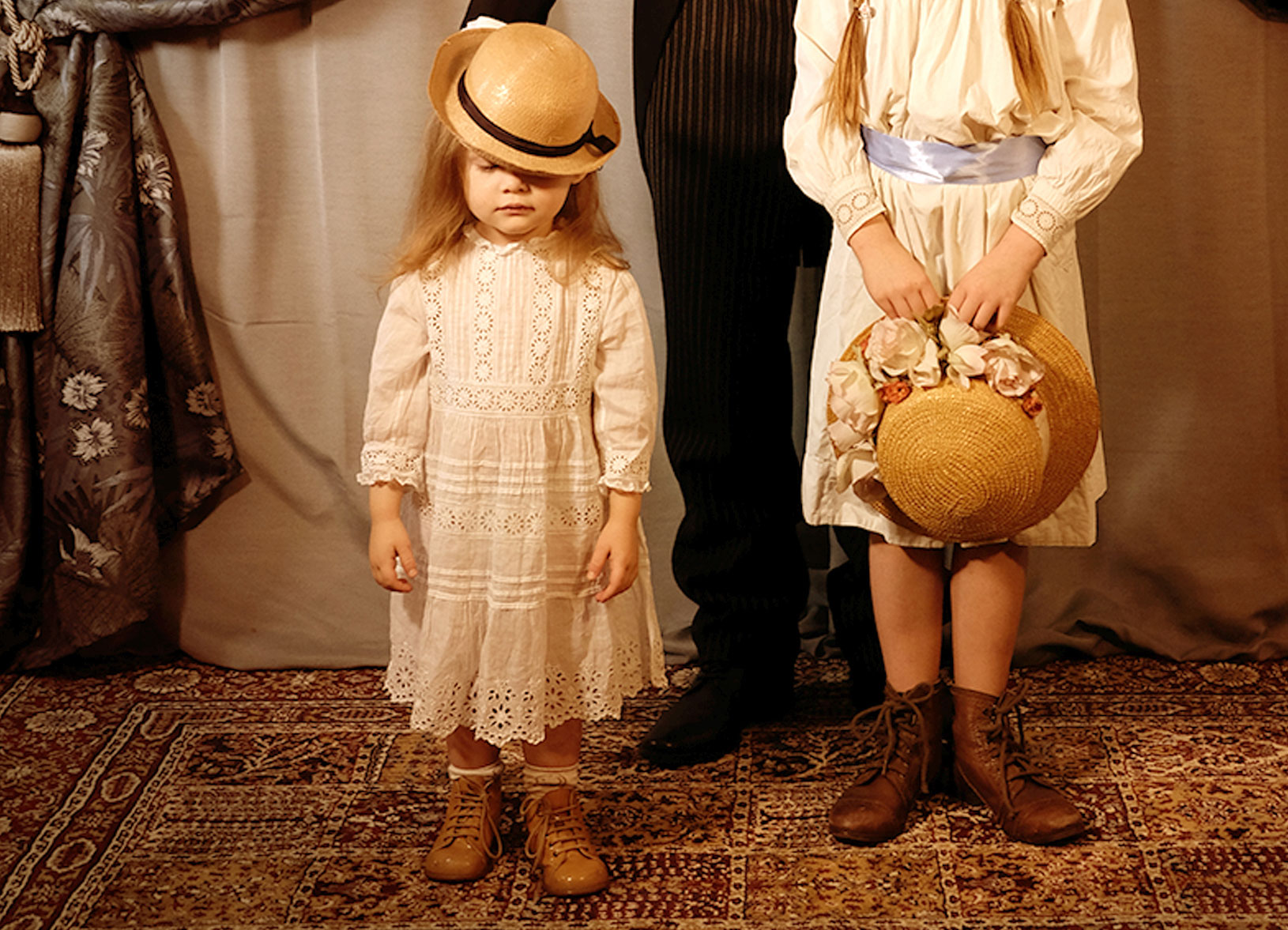 When I think back on my past sessions, when we could meet up close, what moves me the most is this listening that the models give me. As soon as I have to touch them to dress them, they are attentive to my instructions and respectfully listen to my stories of a rather joyful and frivolous “Belle Epoque”. When they enter the stage, they are touchingly patient in taking the poses I imagine for them.

But what about the child who hasn’t asked for anything?

She/He doesn’t necessarily want to put on, even over her/his own clothes, an outfit that looks very old…and seems really inconvenient for the next climb to come! She/He thinks it’s funny to put this hat inside… but only if she/he’s allowed to throw it in the air once or twice!

And what else? The lady photographer shows her/him a carpet and tells her/him that it’s a magic carpet that you shouldn’t get off?

It’s really strange this outing! How much longer is it going to last, mom?

So how to play and photograph the child in an atypical vintage situation?

I use a very simple tool: respect.

I tell the story of the clothe that has crossed the centuries, like a traveling adventurer, to reach him, my heroine or hero of today! I tell her/him all the stages of my quest to find this beautiful hat that he gradually begins to accept on her/his head.

And then I take her/him on my magic carpet! I sit her/him on my musical chair or my vibrating stepladder, and I tell her/him that we’re going to play the clown, imitate her/his uncle, her/his grandpa or just listen to the murmurs of very very old accessories that I’ve found in many attics… My carpet takes her/him to the island 1900 and I will take pictures to remind us of her/his unique journey with me.

We play as long as she/he wants. Sometimes it’s very short, but it’s raw and powerful. When it’s over, the hat falls off.

So I put my camera down and I say “Thank you”.

Because a portrait session is always a question of respect for the other.

Welcome to the Salon by Mademoiselle Louison!

Let’s soon live together the magical photo shoots of another time.